Common Pet Diseases and What Symptoms to Look Out For 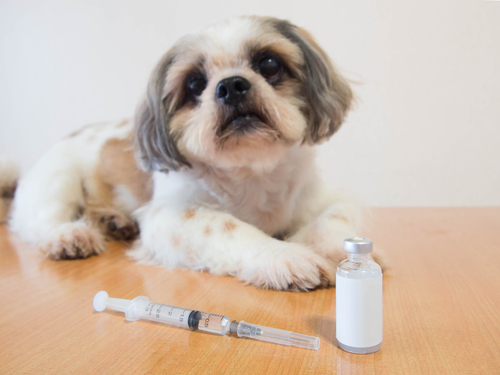 No owner likes to think about their precious pet becoming unwell. Nevertheless, their bodies are as fragile as our own and they can be affected by just as many illnesses and diseases. Prompt diagnosis and treatment can help determine whether your pet is able to make a full recovery from his affliction.

Here are a few of the most common diseases that can affect our pets and what symptoms they present with.

Many pet owners are surprised to learn that diabetes isn’t just a human affliction. Diabetes is on the rise amongst pets, largely due to the increasing numbers of animals who are overweight or obese. Diabetes occurs when your pet’s body either doesn’t make enough insulin or doesn’t respond properly to it. Insulin is a hormone created by the pancreas that is responsible for controlling blood sugar. Not enough insulin or too much insulin can potentially be a life-threatening situation for your pet.

Symptoms to look out for that might suggest your pet has diabetes include:

Heartworms are much more common in dogs, but they can also affect cats and even ferrets. Heartworms are a parasite that are contracted through the bite of an infected mosquito, which transmits the larvae into your pet. Once in his bloodstream, the immature heartworms make their way to the blood vessels of the lungs and heart where they grow into adults, capable of reproducing. It is not uncommon for an animal to have up to 100 heartworms clogging their blood vessels. Unfortunately, this can cause irreversible damage to your pet’s organs, and eventually prove deadly as they stop the flow of blood around his body.

Unfortunately, it can take until the heartworms reach adulthood to start seeing symptoms of the infestation. This is normally around six months from the time of infection. After this, signs of heartworms to look out for include:

Dogs with a large number of heartworms may suddenly develop blockages of blood flow within the heart. This is known as caval syndrome and requires you to get emergency assistance for your pet or he will almost certainly not survive. Signs of caval syndrome e including labored breathing, pale gums and dark red or brown urine.

Fleas are an unfortunately common problem that will affect most pets at some point during their lifetime. These microscopic parasites can jump onto your pet when he comes nearby, and once on his skin, they will burrow deep within his coat and feast on his blood. Blood loss is a common problem associated with large populations of fleas, and infestations can get out of hand quickly due to their extremely short reproductive cycle and ability to lay large numbers of eggs. However, fleas also carry diseases such as tapeworms and their saliva contain toxins that can trigger an allergic reaction in many pets.

Symptoms of Fleas:
By far the most well-known symptom of fleas is intense itching which is occurs when their saliva irritates your pet’s skin. For pets that suffer from flea allergy dermatitis, this irritation can be so severe that the skin becomes broken and infected. Other signs to look out for include:

In addition to the symptoms your pet might exhibit, you may also notice flea bites around your own ankles and calves since fleas will happily bite the humans living in your home too!

Regrettably, cancer isn’t limited to affecting humans either. Cancer occurs when abnormal cells grow uncontrollably, invading surrounding tissue and eventually spreading to other areas of the body if left untreated. Just like us, animals can suffer from many different types of cancer and this is characterized by where the first abnormal cells originated from. Sometimes cancer can be treated, and your pet can make a full recovery, but left untreated, it is nearly always fatal.

Early detection is crucial when dealing with cancer. Exactly what symptoms your pet will present with may depend on the type of cancer he is dealing with. However, common general signs of some form of cancer include:

If your pet has any of the above symptoms, arrange for him to get assessed by your vet as soon as possible.

​​​​​You know your pet better than anyone else. If you are concerned that he may be unwell, don’t hesitate in speaking to our veterinary team today so that we can evaluate his condition. Prompt action could prevent him from suffering unnecessarily and could even save his life! Call an Animal Medical Center of Deer Valley representative today at 602-857-9950. 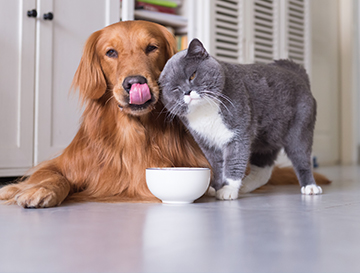 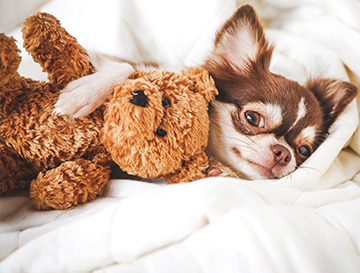 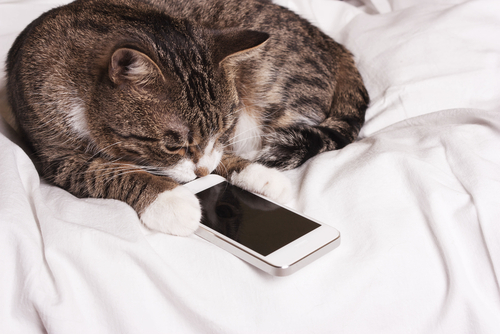 Once we receive your request, we will contact you to confirm a date and time that is as close to your request as possible.
​​​​​​​If your appointment has not been confirmed within 4 business days, please feel free to contact the clinic by phone to confirm 602.857.9950

Once we receive your request, we will contact you to confirm a date and time that is as close to your request as possible.
​​​​​​​If your appointment has not been confirmed within 4 business days, please feel free to contact the clinic by phone to confirm 602.857.9950